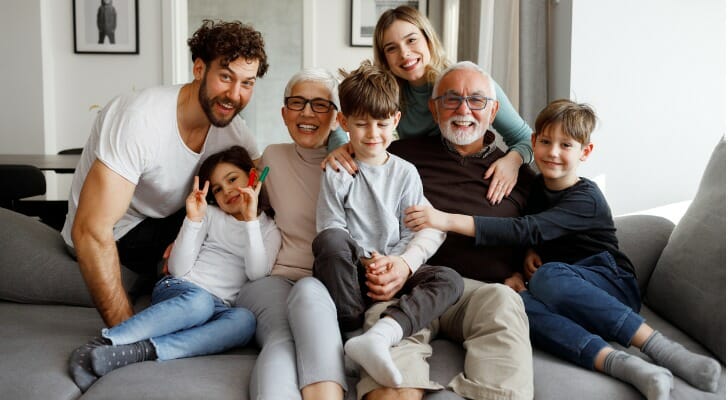 When creating an estate plan, one of the most basic documents you may wish to include is a will. If you have a more complicated estate, you might also need to have a trust in place. Both a will and a trust can specify how you want assets distributed among your beneficiaries. When making those decisions, itâs important to distinguish between per stirpes and per capita distributions. These are two terms youâre likely to come across when shaping your estate plan. Hereâs a closer look at what per stirpes vs. per capita means.

If youâve never heard the term per stirpes before, itâs a Latin phrase that translates to âby branchâ or âby class.â When this term is applied to estate planning, it refers to the equal distribution of assets among the different branches of a family and their surviving descendants.

A per stirpes designation allows the descendants of a beneficiary to keep inherited assets within that branch of their family, even if the original beneficiary passes away. Those assets would be equally divided between the survivors.

Hereâs an example of how per stirpes distributions work for estate planning. Say that you draft a will in which you designate your adult son and daughter as beneficiaries. You opt to leave your estate to them, per stirpes.

If you pass away before both of your children, then they could each claim a half share of your estate under the terms of your will. Now, assume that each of your children has two children of their own and your son passes away before you do. In that scenario, your daughter would still inherit a half share of the estate. But your sonâs children would split his half of your estate, inheriting a quarter share each.

Per stirpes distributions essentially create a trickle-down effect, in which assets can be passed on to future generations if a primary beneficiary passes away. A general rule of thumb is that the flow of assets down occurs through direct descendants, rather than spouses. So, if your son were married, his children would be eligible to inherit his share of your estate, not his wife. 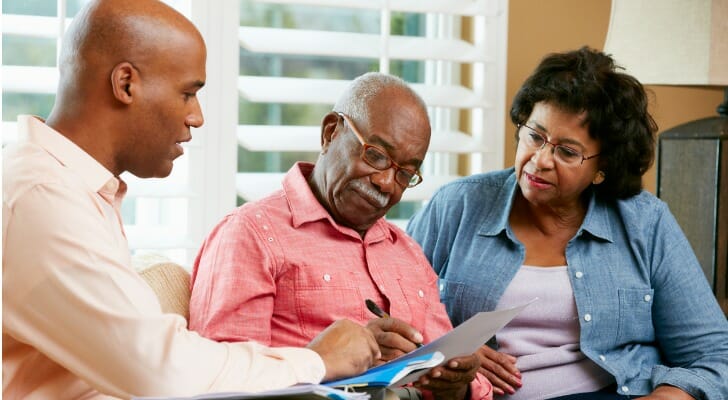 Per capita is also a Latin term which means âby head.â When you use a per capita distribution method for estate planning, any assets you have would pass equally to the beneficiaries are still living at the time you pass away. If youâre writing a will or trust as part of your estate plan, that could include the specific beneficiaries you name as well as their descendants.

So again, say that you have a son and a daughter who each have two children. These are the only beneficiaries you plan to include in your will. Under a per capita distribution, instead of your son and daughter receiving a half share of your estate, they and your four grandchildren would each receive a one-sixth share of your assets. Those share portions would adjust accordingly if one of your children or grandchildren were to pass away before you.

Per Stirpes vs. Per Capita: Which Is Better?

Whether it makes sense to use a per stirpes or per capita distribution in your estate plan can depend largely on how you want your assets to be distributed after youâre gone. It helps to consider the pros and cons of each option.

If you have a will and/or a trust, you may have named your beneficiaries. But itâs possible that you may want to change those designations at some point. If you named your son and his wife in your will, for example, but theyâve since gotten divorced you may want to update the will with a codicil to exclude his ex-wife. Itâs also helpful to check the beneficiary designations on retirement accounts, investment accounts and life insurance policies after a major life change.

For example, if you get divorced then you may not want your spouse to be the beneficiary of your retirement accounts. Or if they pass away before you, you may want to update your beneficiary designations to your children or grandchildren.

Per stirpes and per capita distribution rules can help you decide what happens to your assets after you pass away. But they both work very differently. Understanding the implications of each one for your beneficiaries, including how they may be affected from a tax perspective, can help you decide which course to take.

The post Per Stirpes vs. Per Capita in Estate Planning appeared first on SmartAsset Blog.