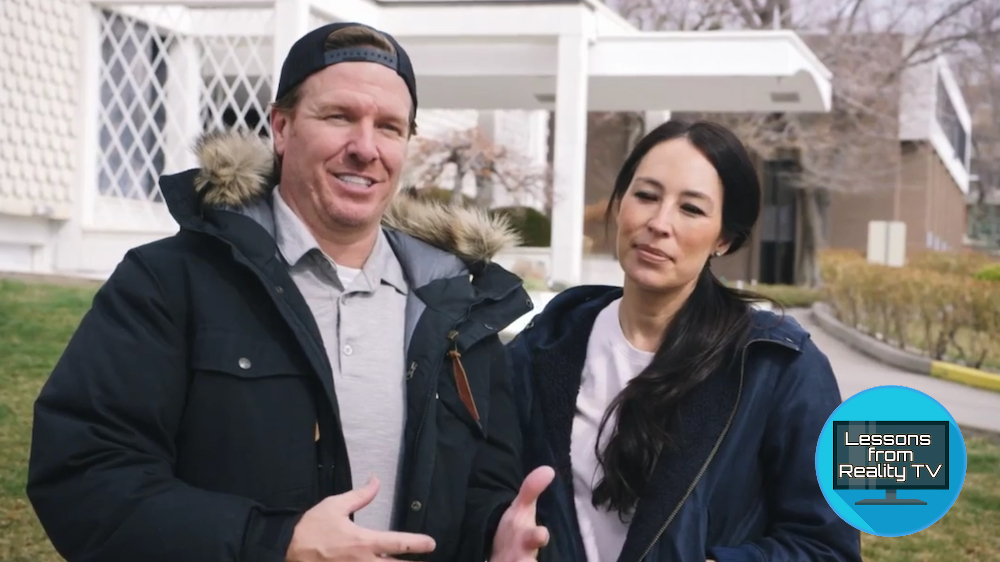 “Fixer Upper” fans will be in a tizzy to hear that Chip and Joanna Gaines have returned to TVâthis time to help friends renovate their first house on the premiere episode of the new Discovery+ show “First-Time Fixer.”

In the premiere episode âSalt Lake City Condo,â Chip and Jo head to Salt Lake City to give old-time pals Brittany Baker and Annie Hawkins tips on their first flip: a $305,000 midcentury condo. Baker and Hawkins have a renovation budget of only $50,000, so they’ll need a lot of help from the Gaineses to get this project done right.

Read on to find out Chip and Joanna’s best tips for these first-time flippers, which might inspire some changes around your own abode, too.

Polished concrete floors are beautifulâand easy on the budget

Baker and Hawkins need to stick to a strict budget, so they’re excited when Chip suggests they rip up the carpet and simply use the concrete floors underneath.

They remove the carpet and repair the cracks in the concrete themselves (which saves a lot of money), then they hire a professional to polish the floors.

“Weâre actually going to save a lot of money doing concrete, because itâs only going to be 2,000 bucks,” Baker says.

Once the floors are finished, the concrete looks amazing, giving the condo a cool industrial look. Who knew you could get that for cheap?

Save as many original features as possible

Chip has another money-saving tip for Baker and Hawkins: Save the bathroom vanity.

“I would keep this,” Chip says when he sees the wood vanity. “This is great quality stuff, y’all. And this is something you could do in a kind of DIY sense and save a little money.â

Hawkins and Baker are willing to fix it up, but don’t end up keeping the vanityâand for a good reason.

“Brittany discovered so much mold that we did not want to salvage it,â Hawkins explains.

They’re forced to spend money on a new vanity, but they find a new piece with similar charm and style.

Watch: This Gorgeous New Farmhouse by Chip and Jo Gaines Is No ‘Fixer Upper’

When the bathroom is finished, Chip and Jo approve of the choice. It proves that while saving an old piece can save money, sometimes it’s simply not worth it.

Call in the professionals for a polished look

With all of Chip’s talk of DIY projects, Baker and Hawkins want to do as much as they can themselves. They even cut their own baseboards and do all the painting. But after some debating, they decide to hire a professional to do the bathroom tile.

“We decided not to tile as first-timers,” Hawkins says. “We felt like it was advanced for what we wanted to do, so the money that we saved from carpet, [we] put it toward tile.â

The modern gray tile they choose fits the condo’s midcentury style and, in the end, Hawkins and Baker are happy they hired someone to make it look so good. And Baker’s learned an important lesson.

Sometimes the right materials cost only a little more

Sometimes the biggest renovation challenge is simply choosing the right materials, a lesson Baker and Hawkins learn when trying to design the kitchen.

The condo was built in 1964, so they want to lean into the midcentury aesthetic by using walnut in the kitchen. Right away, Joanna loves the idea.

“I love walnut,” she says. “If I walk in and see your kitchen with walnut wood, I donât think âoh they did this on the cheap.ââ

Hawkins and Baker know that walnut won’t be too pricy, but it will require taking some money out of the budget elsewhere.

They build a beautiful kitchen out of this medium-tone wood and, in the end, it pays off. These cabinets give the whole condo a midcentury look.

An open walkway can save money

Throughout the renovation, Baker and Hawkins realize they’re really cutting it close with their budgetâand it doesn’t help when they keep finding unexpected costs.

One big expense they weren’t expecting is the door to the den.

While they want to create a private den space, they know they can’t afford to put a door there. So they get creative with glass windows and a midcentury-inspired opening. This doorway ends up working even better than a traditional door because it keeps the den open, improving the flow into the living room.

It’s a great solution to the budget issue, and it ends up being one of the more beautiful features of the home.

When Baker and Hawkins are finally finished with the renovation, they know that they’ve gone way over their timeline. While they expected the project to take only nine weeks, it ends up taking four months. Still, they don’t go too far over their budget, spending $56,000 instead of their originally planned $50,000.

In the end, these novice flippers are proud of their workâand so are Chip and Jo!

The post Chip and Joanna Gaines Are Back (With Friends) in ‘First-Time Fixer’ appeared first on Real Estate News & Insights | realtor.comÂ®.